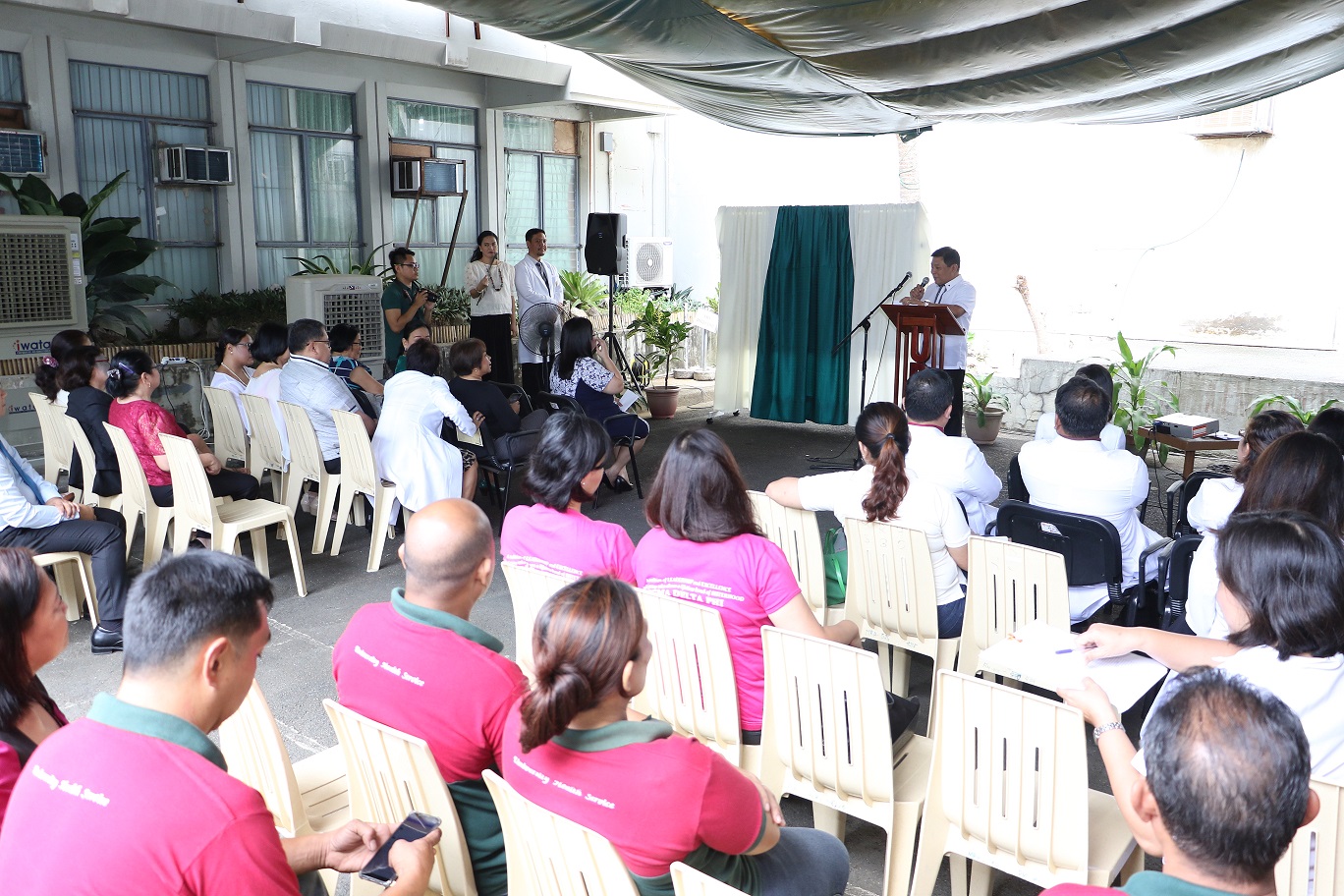 The University Health Service (UHS) honored its benefactors whose goodwill has helped improve the hospital’s facilities and services.

Called the “Donor’s Day,” the event was held on Aug. 28 to celebrate the 104th anniversary of UHS.

“UPLB has been blessed to have donors, benefactors, and partners — individuals, organizations, and institutions — who have been very generous, responsive, and thoughtful of the UHS’ needs,” said Chancellor Fernando C. Sanchez, Jr.

Dr. Serlie Barroga-Jamias, vice chancellor for community affairs, extended gratitude to the UHS workforce for looking after the health of UPLB constituents. She also reiterated the vision of UHS to become a “Health and Wellness Center.”

During the event, 12 benefactors who gave monetary and material donations to UPLB’s secondary level hospital were recognized.

The UPLB Alumni Association of America and the UPLB Alumni Group in America were acknowledged for donating $1500 and $2,200, respectively. These funds were used to purchase hospital beds and equipment, and to repair and renovate some rooms.

The UPLB Sigma Delta Phi Alumnae Association-Los Baños was recognized for sponsoring the renovation and equipping of a number of hospital rooms.

UPCA Class of 1959 through Dr. Rafael Creencia, and Drs. Rene Rafael and Teresita Espino were recognized for respectively donating a water dispenser and a television set to the hospital.

A day after, UHS continued its anniversary celebration with a health and wellness fair where it offered freebies, discounted medicines, and medical services to the general public. (KEAraguas)