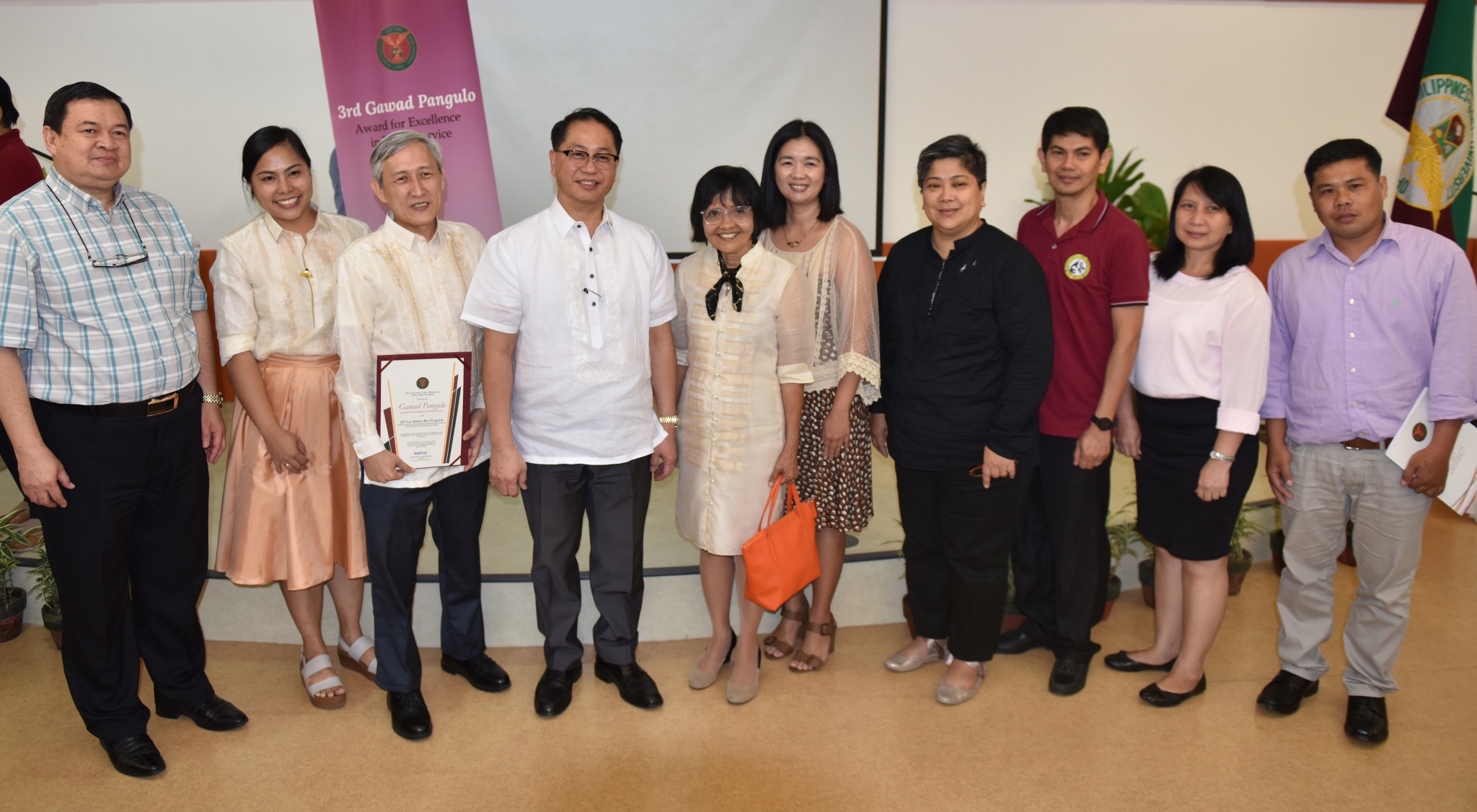 It is a sweet harvest for the UPLB Bee Program.

The 30 year-old interdisciplinary program was hailed as one of the five awardees in the 3rd UP Gawad Pangulo: Award for Excellence in Public Service.

Gawad Pangulo is UP’s annual quest to recognize exemplary public service initiatives in the UP System.

UPLB Bee Program gained the nod of the Selection Committee for helping uplift the lives of people in disaster-stricken areas and indigenous communities through its beekeeping trainings in different parts of the country.

The said office leads the Gawad Pangulo search and is under the Office of the Vice President for Public Affairs.

Two public service programs from UP Manila and another two from UP Visayas completed the winning circle.

Receiving the award on behalf of the Bee Program were Program Chair Jose Rene L. Micor, an associate professor at the Institute of Chemistry, and Dr. Cleofas R. Cervancia, Professor Emeritus.

“Receiving an award from your university and from your peer is a great honor,” said Dr. Cervancia, who was at the helm of the Bee Program until her retirement in 2012.

The Bee Program is composed of around 30 faculty members from different colleges.

Present during the event were Staff Regent Analiza Fulvadora, UP Vice President for Administration Nestor G. Yunque, and UPLB Vice Chancellor for Research and Extension Rex B. Demafelis. (Mark Jayson E. Gloria; photo courtesy of the UP Media and Public Relations Office -UP MPRO)