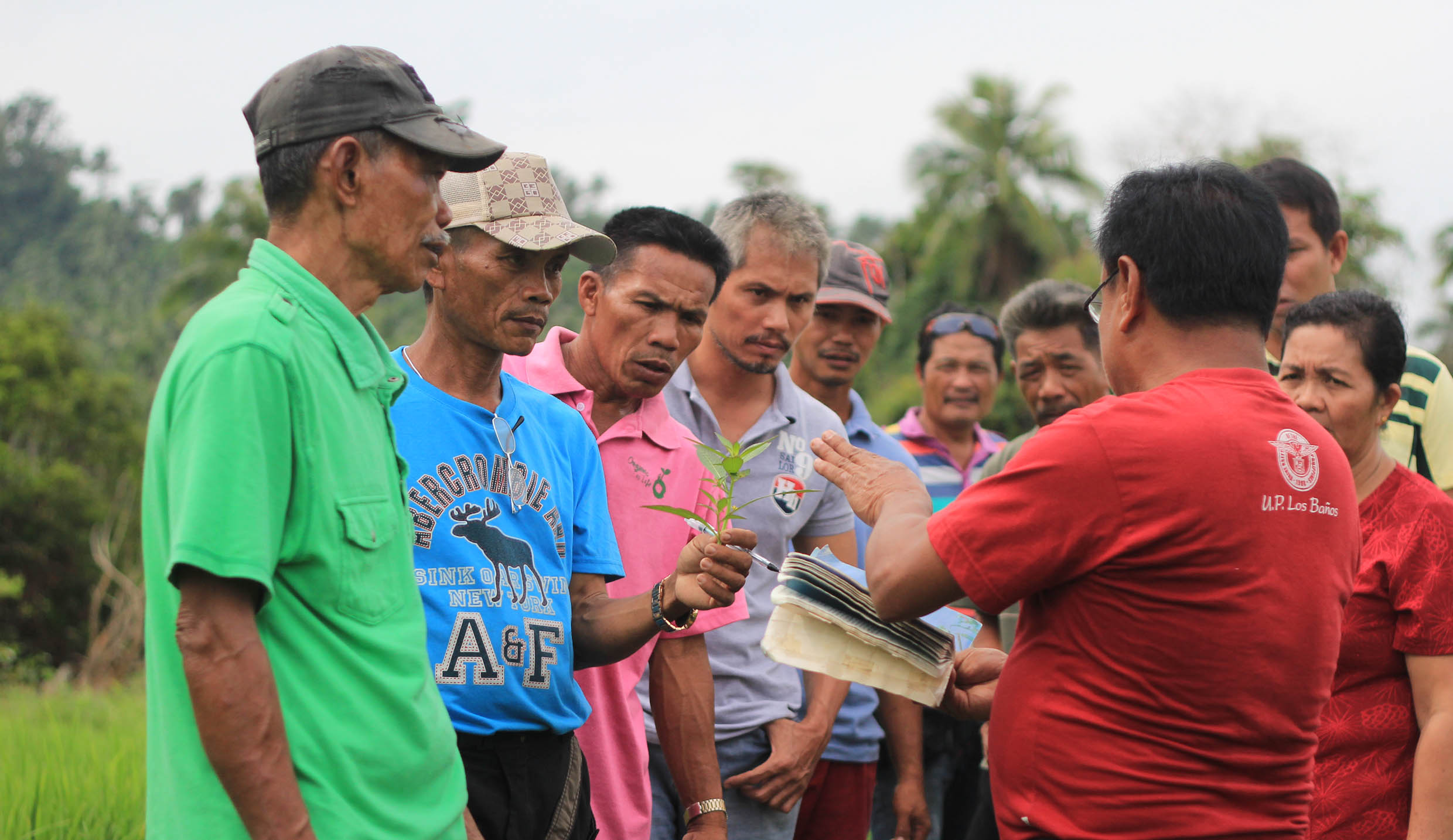 Philippine agriculture is taking a hit from multiple fronts in the midst of the war waged by Russia in Ukraine.

One of these is the shortage of and skyrocketing prices of fertilizers caused by the increase in oil prices and because 40% of the global requirement of fertilizers comes from the two countries and from a third, Belarus, which has stopped supplying fertilizers to the rest of the world.

One of these is the microbial-based Bio N biofertilizer that Dr. Mercedes Umali-Garcia of UPLB-BIOTECH developed almost 40 years ago.

Bio N users report an improvement in grain quality and an increase in yield. Using Bio N also cuts production costs. A farmer-vegetable dealer from Isabela, Ricky Mabunga, talked about how he was able to save on the cost of inputs when he began using Bio N.

According to him in an interview last February 2022, replacing two sacks of urea (50% of the average recommendation per hectare) costing PhP 5,200 with the recommended 5-6 sachets of Bio N per hectare costing PhP 500-600 translates to more than PhP 4,500 in savings.

Bio N is currently produced in both concentrated form and ready-to-use packs at BIOTECH. It is also manufactured and distributed by 17 mixing plants established all over the country by UPLB and the Department of Agriculture in 2004 as part of the Corn Development Program of the National Food Authority (CornDev) and GMA Corn Program (AgriPinoy-Corn).

The establishment of the mixing plants aimed to produce Bio N in areas that are accessible to the farmers as part of the national thrust to improve rice and corn productivity, generate income and employment, and transform marginal areas into self-sufficient farming communities.

The operating personnel of the Bio N mixing plants was trained by the BIOTECH team led by University Researcher and Bio N project leader Julieta A. Anarna. Through formal agreements, the mixing plants purchase the concentrates from BIOTECH to produce the ready-to-use packs in their areas.

The Ilagan Soils Laboratory then provided biofertilizers to the office of Agriculture Secretary William Dar for distribution to farmers during the opening of the new Research for Development facility at the Cagayan Valley Research Center in the province.

Expanding to more avenues for distribution and R&D

The University continues to find avenues to ensure that the biofertilizer reaches Filipino farmers.

On May 23, 2022, UPLB signed a Memorandum of Agreement (MOA) with DA Regional Field Office III for the supply and delivery of 10,000 packs of Bio N for Region III.

Also being pursued by the University is continuous research and development (R&D) on biofertilizers. UPLB, through BIOTECH, entered a Memorandum of Understanding (MOU) with DA last March 22, 2022. The MOU titled “Continuing Biotechnology Inputs to Support the Intensified National Food Production Programs” stipulates areas of collaboration in R&D, capacity building, and upscaling of Bio N and other BIOTECH biofertilizers and technologies.

The Institute continued its dialogue with key stakeholders for the enhanced production and distribution of Bio N in a meeting held on May 10, 2022 with Dr. Leocadio S. Sebastian, DA undersecretary and chief of staff; Dr. Emil Q. Javier, National Scientist and BIOTECH founding director; Dr. John C. De Leon, executive director of the Philippine Rice Research Institute; and members of the private sector.

Bio N project leader Julieta Anarna attributes the success of Bio N’s diffusion to government support and the dedication of personnel in the production and dissemination of the biofertilizer. “The government program advocacy on the use of biofertilizers for sustainable production of our agricultural crops such as rice, corn, and other high-value vegetables has been one of the factors that led to the acceptance of farmers of our technologies at BIOTECH. We try to aim for collaboration with government entities and private entities,” she said. (Sophia Mercado)