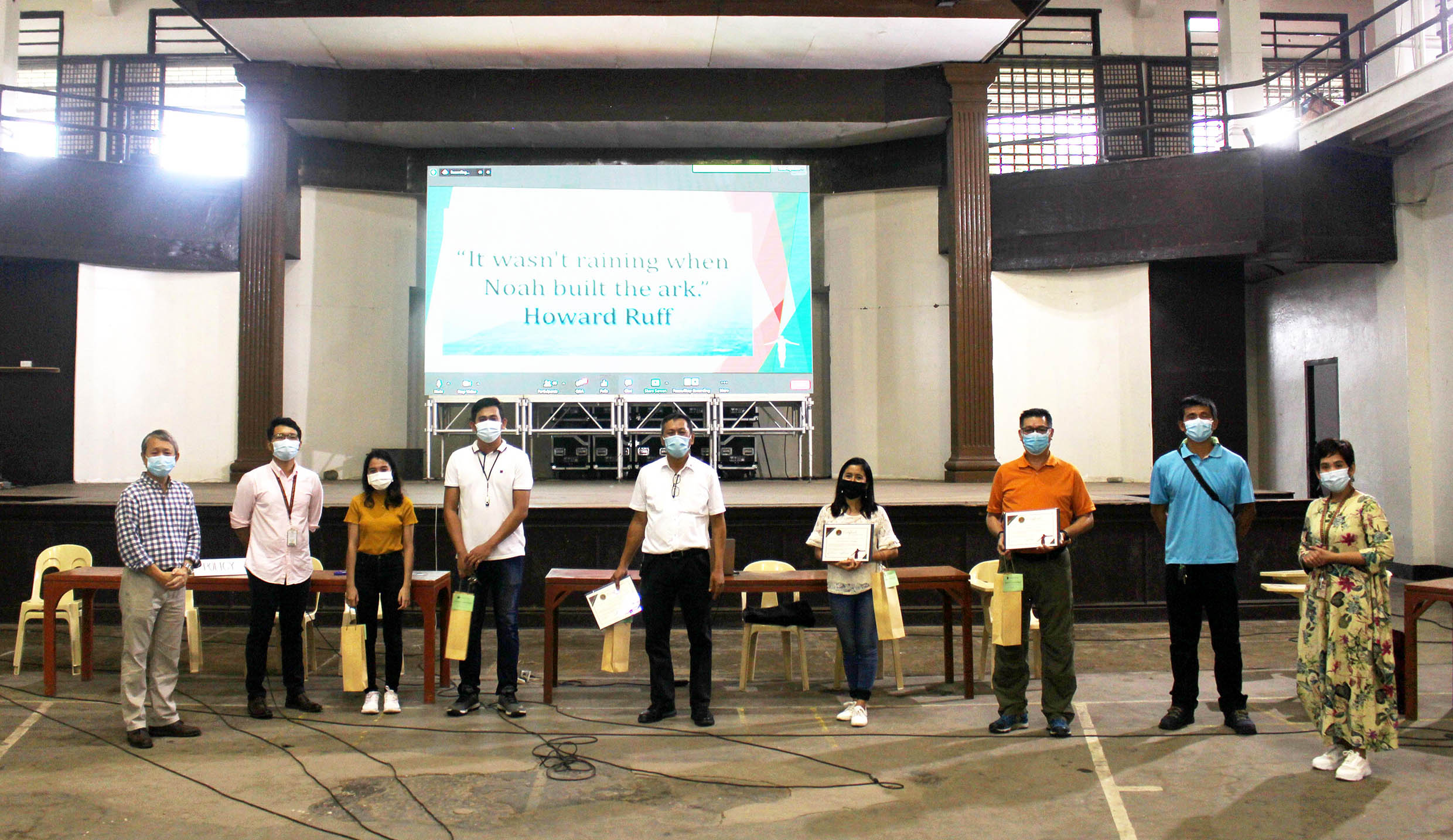 UPLB vice chancellors, deans, and directors joined the last session of the training-workshop on “Building a Future-Proof, Disaster-Resilient UPLB Campus” held on Dec. 10, led by the Office of the Vice Chancellor for Community Affairs (OVCCA), in partnership with the UP Resilience Institute (UPRI).

The whole-day session concluded a series of trainings held physically at Baker Hall and virtually via Zoom. Two half-day sessions were held earlier on Dec. 3 and 10.

The training series primarily aimed for the participants to apply the principles of effective disaster response in forming the university’s Incident Command System (ICS) and in crafting a Public Service Continuity Plan (PSCP).

The ICS is a team of key officials and staff tasked to respond to a particular disaster happening in the campus while PSCP is a set of protocols to follow in such event.

In the culminating workshop, two of UPRI’s resource persons, Prof. Genaro A. Cuaresma, director for institution building, and Mr. Jose Abraham Ongkiko, chief science research specialist, formed an ICS out of the participants physically present at Baker Hall and grouped them into sub-committees.

They then presented scenarios, such as an impending typhoon, requiring the activation of the ICS and implementation of the PSCP.

The personnel of the University Police Force (UPF) and University Health Service (UHS), who have undergone intensive disaster and first aid training in the past, also demonstrated to the participants how to rescue an injured individual through a mock rescue operation done at the Baker Hall premises.

For. Roberto P. Cereno, vice chancellor for community affairs, closed the event by thanking all of the officials and staff for supporting OVCCA’s efforts to future-proof UPLB’s disaster resilience program. He also thanked  Dr. Mahar Lagmay, UPRI executive director, and his team of experts for extending their expertise to UPLB and hoped for more engagements with the institute in the future.

VC Cereno also reiterated that all of the outputs from the workshops will be incorporated in UPLB’s strategic planning to guide the administration in forming a disaster risk reduction and management (DRRM) unit in the university.

As an initial step toward attaining this goal, Chancellor Jose V. Camacho, Jr. has formed an ad-hoc committee to operationalize and implement a Safety and Security Office (SSO), which will supervise the said DRRM unit.