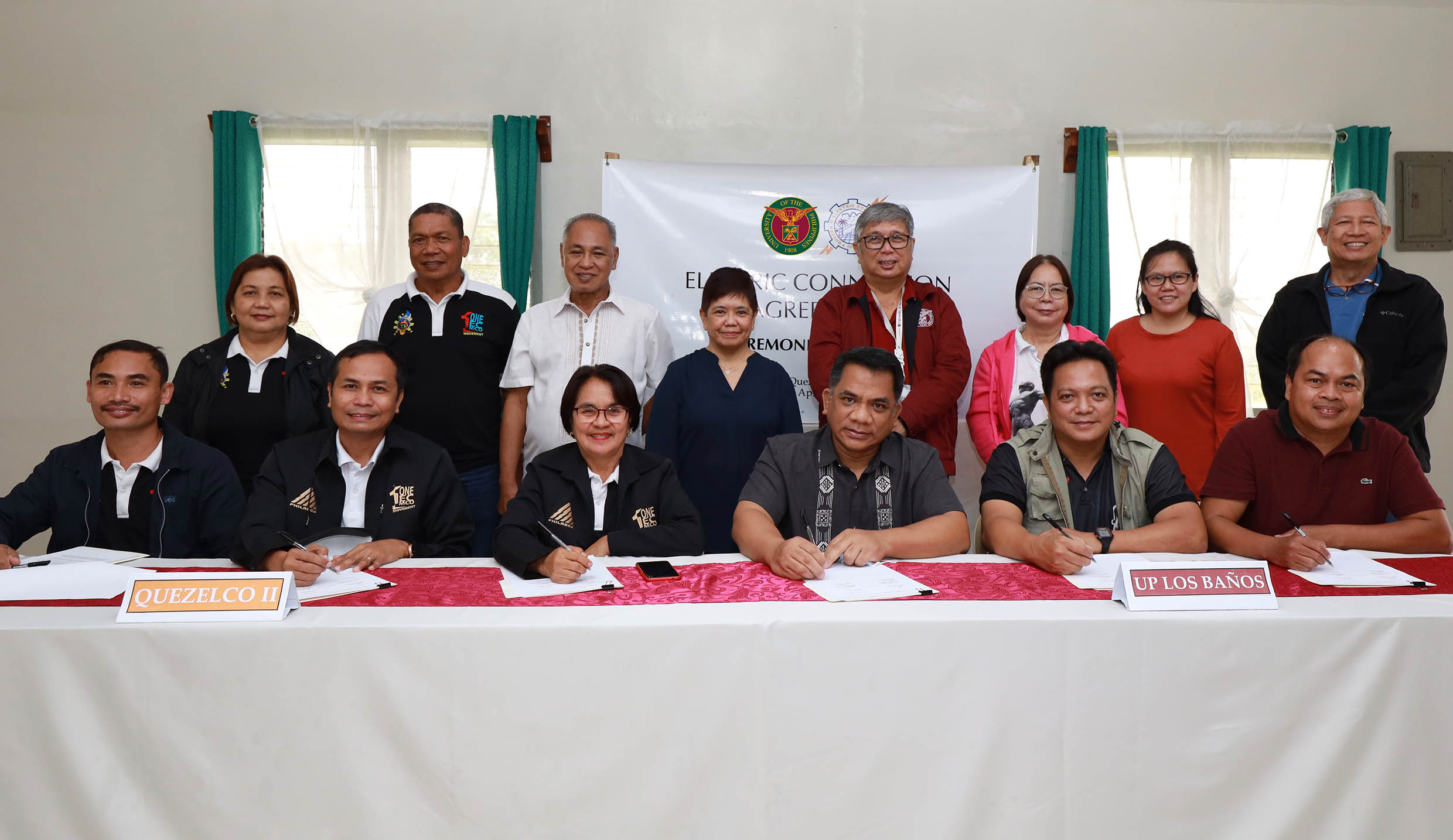 UPLB has signed an electric connection agreement with Quezon II Electric Cooperative, Inc., (QUEZELCO II) as part of the future-proofing initiatives of the university for the Laguna-Quezon Land Grant (LQLG). The signing was held in Siniloan, Laguna on April 8.

According to Engr. Von Erwin G. Azagra, the general manager of QUEZELCO II, the cooperative’s vision and mission is in line with UPLB’s future-proofing plans and programs.

He also stated that they are very much willing to cooperate with UPLB to further develop and improve the LQLG in terms of electricity needs.

Chancellor Jose V. Camacho, Jr. said in his speech that the electric connection agreement with QUEZELCO II is historical and instrumental to the development efforts for the LQLG.

The much-needed upgrading of the electrical system, including its load capacity, will fast-track the infrastructure projects and other plans lined up for the LQLG, such as the arboretums and lodging cottages.

LQLG is only one of the two land grants, collectively known as the UP Sierra Madre Land Grants. Both are managed by the Land Grant Management Office (LGMO). QUEZELCO II is the sole electric service provider in LQLG.

QUEZELCO II was represented by its general manager, Engr. Azagra, and its board of directors –Normelita L. Curioso, president; Odon C. Oliva, vice president; Annie A. Moises, secretary; and Ramil B. Resplandor, treasurer.