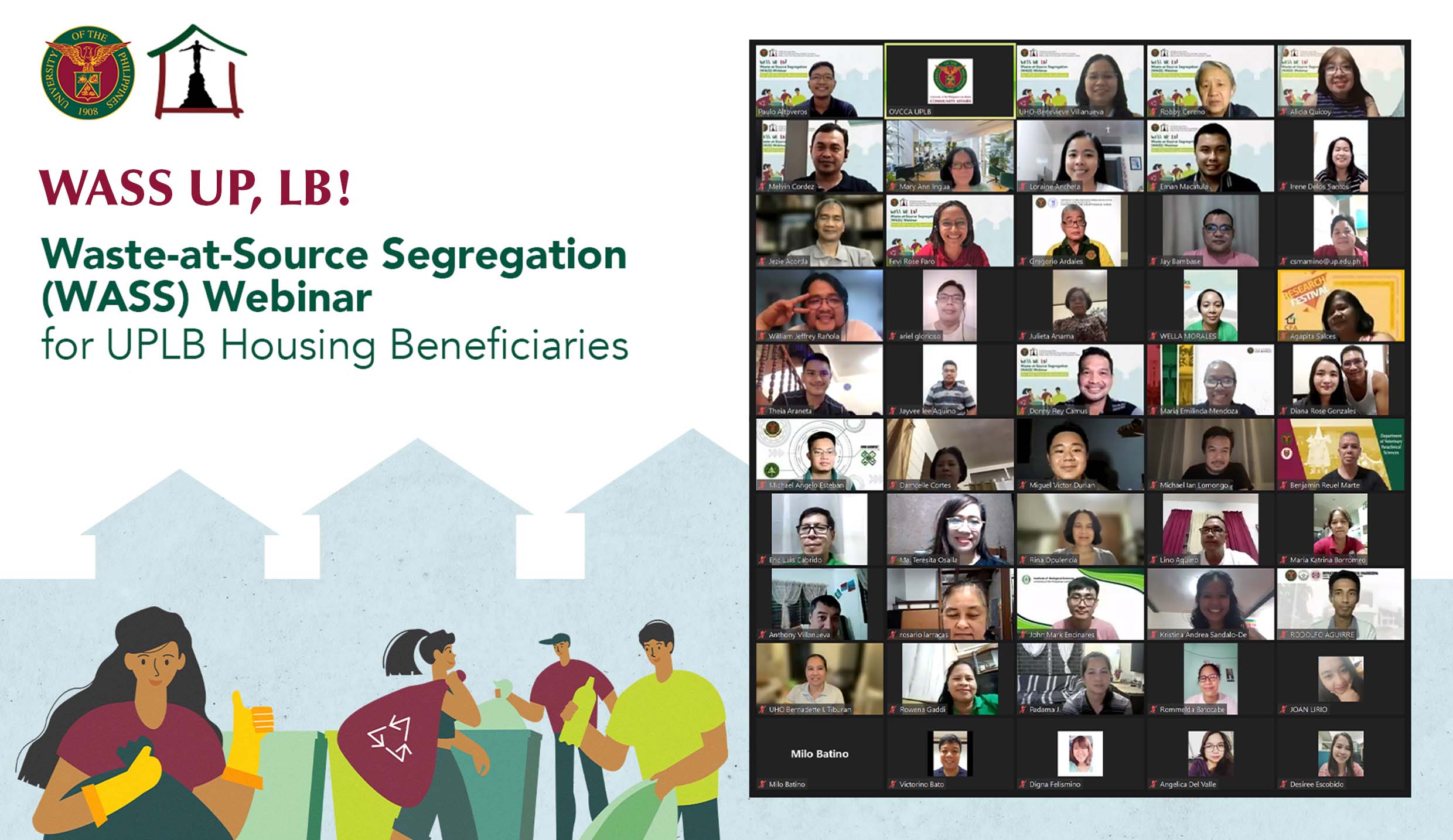 To further promote proper waste segregation on the campus, the UPLB Environmental Stewardship Committee (ESC) and Office of the Vice Chancellor for Community Affairs (OVCCA) hosted the fourth installment of the “WASS UP, LB!” webinar series on May 25.

WASS stands for waste-at-source segregation (WASS), which UPLB is pursuing to reduce the generation and ease the collection of solid waste in the community.

This is according to Roberto P. Cereno, vice chancellor for community affairs (VCCA) and chair of ESC.

Cereno said this in the message he gave to open the WASS UP webinar attended by 102 lessees of UPLB staff housing facilities. The webinar was held in partnership with the UPLB Housing Office (UHO).

He further said that implementing WASS in UPLB is part of maintaining a safe, secure, and healthy working environment on the campus.

Camus is deputy director and chief of the Grounds, Roads, and Garbage Section of UPMO.

It will be recalled that UPLB soft-launched the WTE facility last Oct. 20 as an output of a project to establish a 25kW WTE facility for municipal solid waste via a direct combustion process.

The project was implemented by the Department of Chemical Engineering of the College of Engineering and Agro-Industrial Technology.

He presented ESC’s proposed WASS policy and garbage collection scheme, which will be released in the coming months.

Camus added that the university could ensure efficient and sustainable use of the WTE facility through proper waste segregation.

He said the facility could produce stable energy if homogenous waste is fed into the system.

WASS, Camus said, is the University’s key to proper waste management. By sorting wastes in their homes, residents can contribute to public and environmental health by preventing waste, diseases, unnecessary expenses, and disasters.

Dr. Benevieve D. Villanueva, assistant to the VCCA and UHO chief, wrapped up the session with a message to inspire UPLB residents to take individual initiative in resolving the university’s garbage concerns.

She also presented UHO’s plans and projects, including the stray animal management program and the proposed establishment of UPLB townhouses.

OVCCA will continue hosting the “WASS UP, LB!” series through face-to-face seminars to cater to more UPLB constituents in the following months. (Roi Mojado, OVCCA)