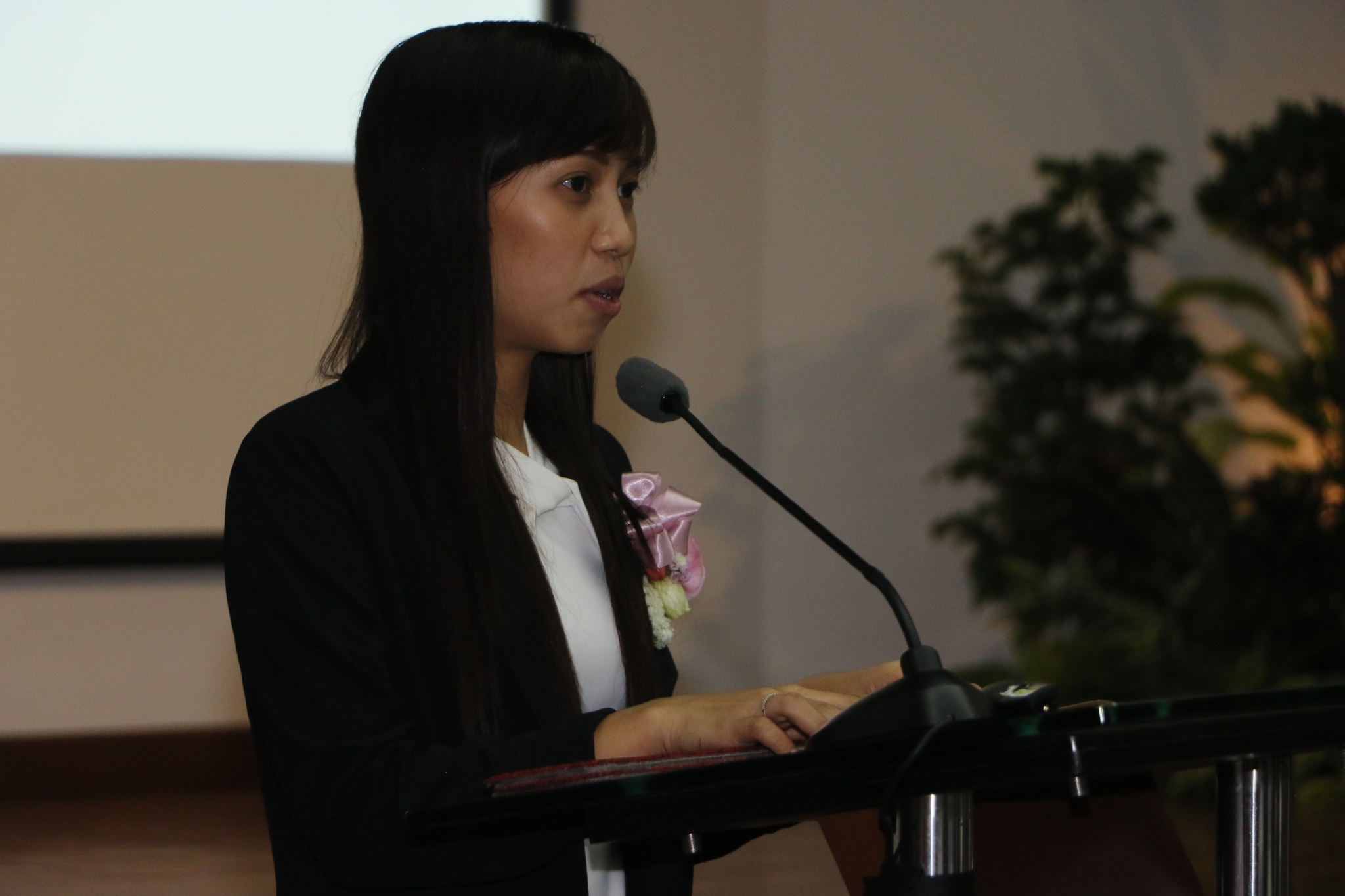 A university researcher at the Institute of Crop Science is one of the two new students admitted this year to the PhD Bioagricultural Sciences program of the UPLB-based Nagoya University Asian Satellite Campus (NUASC)-Philippines.

Kim Nyka C. Perdiguerra of the Crop Physiology Division will have the privilege to attend classes and conduct research at NU’s satellite campus in UPLB and at NU’s headquarters in Japan while still pursuing her career for the next three years.

Such is the set-up under NUASC’s Transnational Doctoral Program for Leading Professionals in Asian Countries.

“Years of working as a researcher fed my hunger for higher education even more and led me to a humbling realization that I still need to learn and advance my knowledge,” said Perdiguerra in her remarks during the NUASC entrance ceremony on Nov. 9 at the SEARCA Umali Auditorium.

Perdiguerra follows the footsteps of Anna Floresca F. Firmalino, assistant professor at the College of Economics and Management, who was admitted to NUASC last year to pursue PhD International Development.

Both Perdiguerra and Firmalino are recipients of the NU-UP Joint PhD Research Scholarship for UP Faculty and REPS, which was formalized in 2017.

“Through this scholarship program, I am now presented with a great opportunity to progress and deepen my knowledge to become an even more competitive member of the scientific community,” Perdiguerra added.

Joining her in the fourth batch of NUASC-Philippines’ students is Marjorie P. De Ocampo, associate scientist at the International Rice Research Institute.

According to Prof. Fumio Isoda, director of the NUASC Philippines and Laos and NUASC Institute Japan, the Nagoya University in the Philippines is now accepting applicants from international organizations, unlike in the previous years when only government employees were admitted.

To date, NUASC-Philippines has eight on-going students since it was established in 2015. It admitted its first student in 2016.

Gracing the ceremony were UPLB and NU officials and other guests. In his welcome message, Chancellor Fernando C. Sanchez, Jr. emphasized the need to address the transnational issues of food security, climate change, environment degradation, peace, and human rights, which are some of the subject matters of NUASC’s doctorate programs.