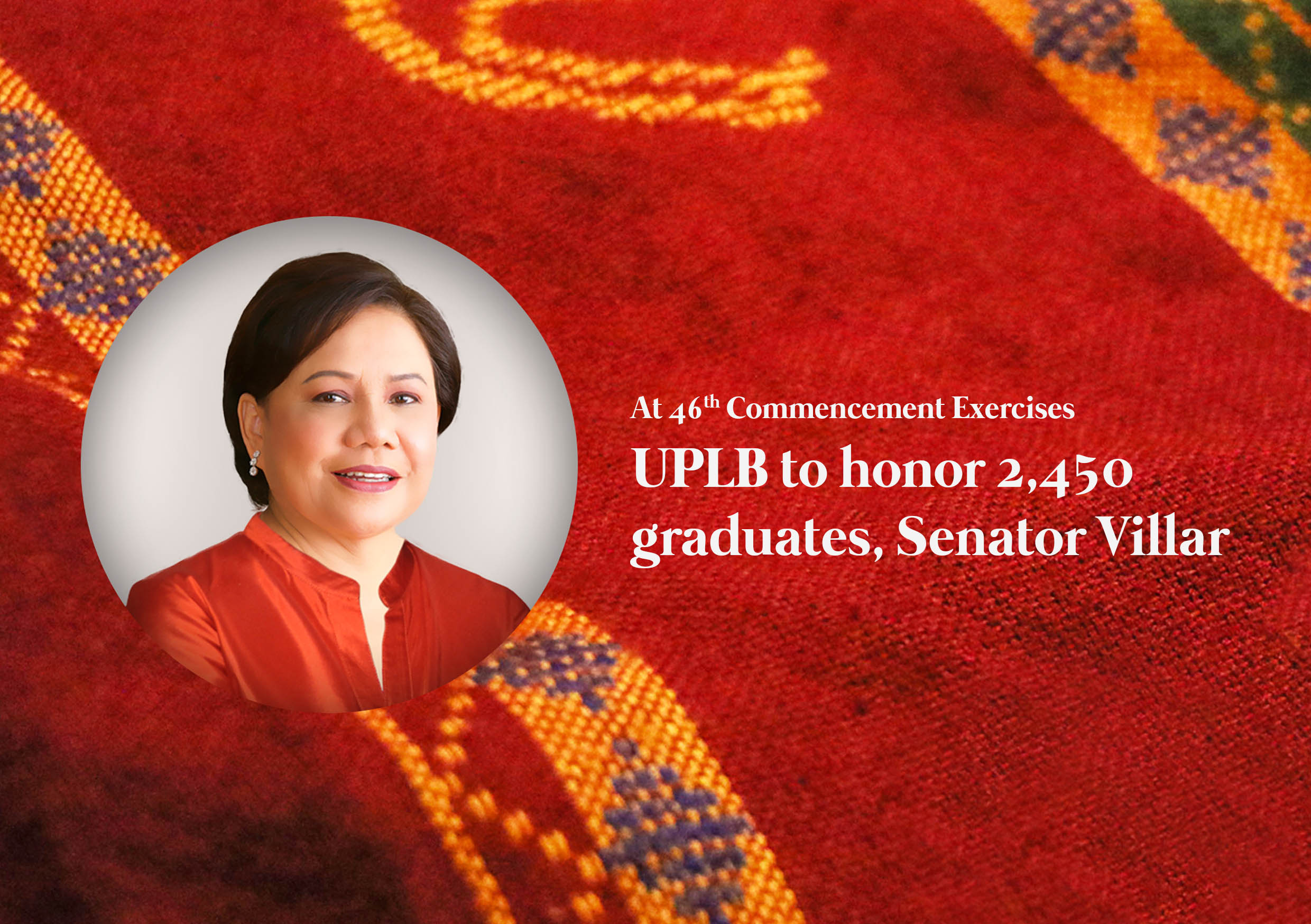 UPLB’s 46th Commencement Exercises is going to be a double celebration – the conferment of degrees upon 2,450 candidates for graduation and the Doctor of Laws upon Senator Cynthia A. Villar, who is also the guest speaker.

The graduation ceremonies that will be held at the DL Umali Freedom Park will also highlight the conferment of the Doctor of Laws upon Sen. Villar, which was approved by the UP Board of Regents at its 1335th meeting on May 31, 2018.

Sen. Villar is known for her staunch championship of the cause of Philippine agriculture through legislative initiatives that promote the sugar industry, prevent illegal fishing and large-scale smuggling of agricultural products, and develop farm tourism.

She led in implementing projects on urban gardening, organic farming, and sustainable agriculture and agro-ecology to ensure food security, nutrition improvement, and poverty reduction among small farmers and fisher folks.

She also led in pushing for the passage of important legislations in education such as RA 9500 – The UP Charter of 2008; RA 10650 – Open Distance Learning in Tertiary  Education Act of 2014; and RA 10687 – The Unified Student Financial Assistance System for Tertiary Education Act of 2015.

The conferment of the honorary degree also recognizes Sen. Villar’s work on to anti-poverty projects that promote self-reliance and productivity such as the livelihood project under Sagip Ilog program of Las Piñas, which received the Best Practice Award for Outstanding Contribution Towards Improving the Living Environment from the United Nations Human Settlements Program, the Dubai International Award, and the United Nations Best Practice Award for Best Water Management Practices. (Josephine M. Bo)