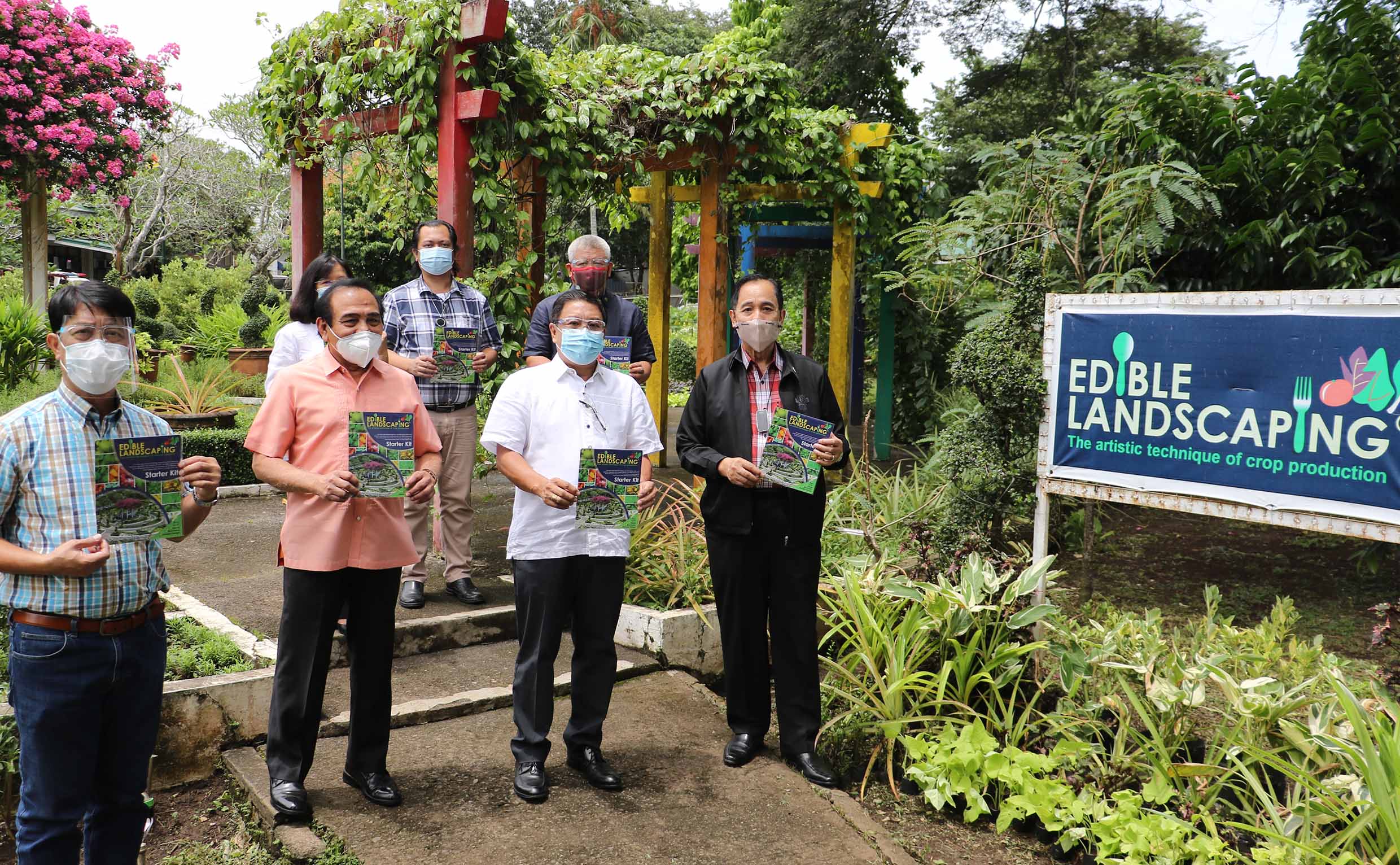 UPLB’s Edible Landscaping (EL) Project has continued to bloom, more so in this time of a pandemic when it is seen to play an role in promoting food security at household and community levels.

In fact, the Department of Agriculture (DA) has tapped the EL Team to pursue two new projects under the nationwide “Plant, Plant, Plant Program” that seeks to increase food production.

On Sept. 18, one of these projects, entitled “Edible landscaping: magtanim ng gulay para sa Isang masagana, malusog, at makulay na buhay,” marked a milestone when the EL Team turned over to DA, through Secretary William Dar, the 20,000 EL starter kits that will help families create their own edible gardens at home.

In his message during the turnover ceremony at the UPLB EL Techno-Demo Garden, Secretary Dar referred to EL as an “arsenal” for food security to help ensure that every Filipino family has enough food on their table.

“As the country transitions onto the ‘new normal,’ it is important that we continue our joint efforts to ensure adequate supply of affordable and nutritious food, and improve our food logistics and transportation systems,” Secretary Dar said.

Chancellor Fernando C. Sanchez, Jr., who has been leading the university’s EL projects even prior to becoming UPLB’s chief executive, echoed EL’s long-time goal – that is “no Filipino should be hungry.”

“We have been advocating this innovative technology for so many years already,” he said.

“But I think it is now that we have reached a peak because of the overwhelming requests that we received during this pandemic,” Chancellor Sanchez added, referring to the numerous EL webinar requests from various stakeholders.

Also present were Dr. Elpidio Agbisit, Jr., dean of the College of Agriculture and Food Science and Dr. Consorcia Reaño, director of the Institute of Crop Science.

The other “Plant, Plant, Plant” project of EL is called “Edible landscaping in urban communities toward self-sufficiency.”