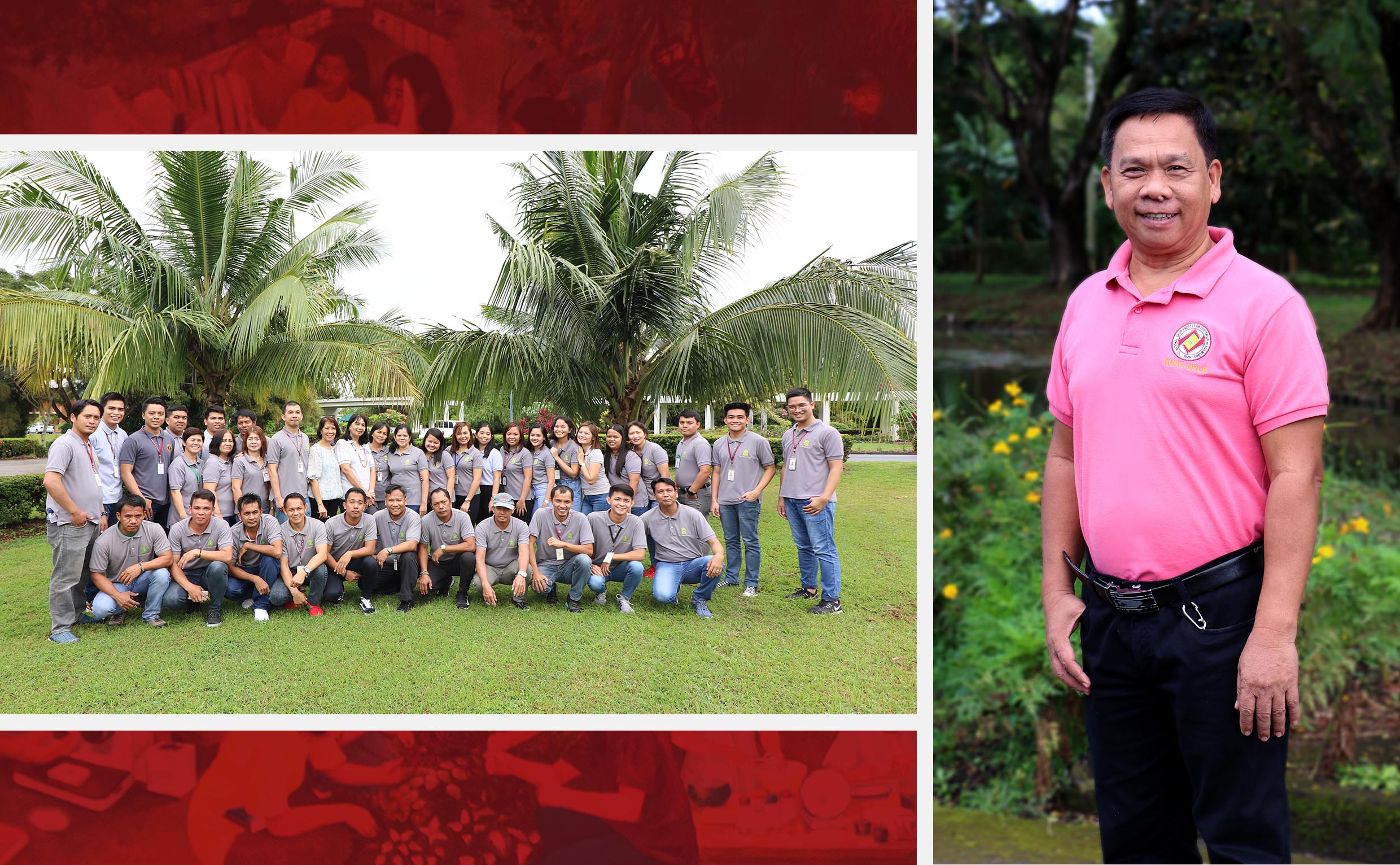 The saying “prevention is better than cure” perfectly applies not only to human health but also to that of plants, especially to crops where humans derive their food, nutrition, and livelihood. In UPLB, “plant doctors” together with their technical and support staff are always on their toes, preventing and curing crop diseases anad infestations through advanced research and public information.

Two of them – one a 49-strong team, and the other, a seasoned scientist – have stood out this year for their long-term commitment to save crops from complete destruction.

The Plant Pathology Laboratory (PPL) of the Institute of Plant Breeding, recipient of the 2020 outstanding research team award, found a way to prevent the spread of the Bacterial Crown Rot (BCR) in papaya. By studying BCR’s causal organism called Erwinia mallotivora, they were able to identify its diversity, mode of transmission, survival, and epidemiology.

The team also made significant discoveries on other pathogens and developed technologies to overcome them. Their work helped make pepper resistant to the fungi Colletotrichum acutatum sensu lato and Colletotrichum scovillei; sugarcane against leaf scald-causing bacteria Xanthomonas albilineans; mango against anthracnose and stem-end rot; and banana against streak virus; to name a few.

For the past two years, PPL, currently being led by Scientist Fe Dela Cueva as program leader and Dr. Mark Angelo Balendres as laboratory head, has conducted close to 20 research projects and produced more than 50 publications, papers, and posters that inform the scientific community and the general public about their novel discoveries.

Educating people about plant diseases and their remedies is also at the core of the public service career of 2020 outstanding extension personnel, Scientist Mario V. Navasero of the National Crop Protection Center.

Scientist Navasero not only works at the forefront of biological and ecological studies of pests and beneficial arthropods, insect resistance, and integrated pest management. In times of crop infestation, he goes out of his laboratory to teach farmers on the most effective ways to combat them.

Who would forget the recent invasion of the coconut scale insect (“cocolisap”) in Zamboanga and other parts of the country? He and his team stood up to advocate the use of a biological control agent, the encrytid parasitoid Comperiella calauanica, as a safer alternative to parasitize the cocolisap, leading to the latter’s non-reproduction and ultimate death. This strategy was, in fact, successfully adapted by the Department of Agriculture.

How about the outbreak of armyworm in onion in Ilocos Sur, Pangasinan, and Nueva Ecija? Scientist Navasero and his colleagues were also there to correct malpractices and misinformation. They enjoined the farmers to use an effective insecticide and resistance management program to save the onion industry in these provinces.

These crop protectors are not only “doctors” in their own right. With farms and plantations rescued from enemies, they are food security heroes who deserve to be honored. (Mark Jayson E. Gloria)