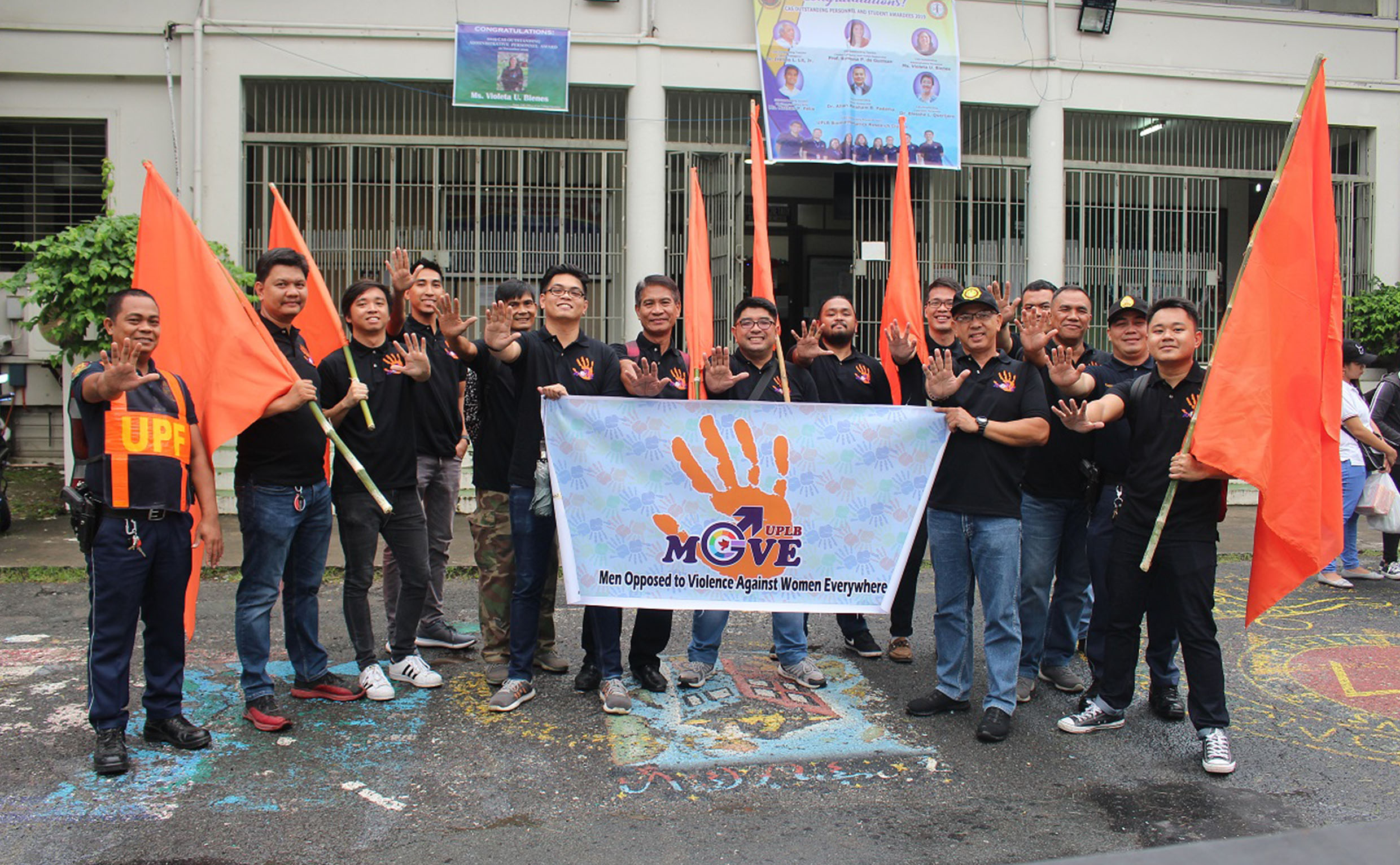 UPLB participated in the nationwide 18-Day Campaign to Eliminate Violence Against Women (VAW), which was launched in the university on Nov. 25 at the Carabao Park.

The campaign, led by the Philippine Commission on Women (PCW) and pursuant to Republic Act 10398, marks Nov. 25 as the National Consciousness Day for the Elimination of VAW.

Leading the campaign in the university is the UPLB Gender Center (GC), through the UPLB Men Opposed to Violence Against Women Everywhere (MOVE).

During the campaign launch, Dr. Serlie Barroga-Jamias, vice chancellor for community affairs and chair of the UPLB Anti-Sexual Harassment Council (ASH), delivered a message of solidarity.

She also represented Chancellor Fernando C. Sanchez, Jr. who had issued Memorandum 2019-112 on  Nov. 12, 2019, enjoining faculty, research, extension, professional, and administrative staff, and students to participate in the event.

The event culminated with MOVE’s performance of the One Billion Rising Solidarity Dance.

MOVE is an organization of male UPLB employees who are tasked to initiate public service activities that aim to spread awareness and knowledge on the elimination of all forms of VAW.

It was initially conceptualized in 2006 by the PCW, encouraging the academe, government, non-government, and private sectors to form their own VAW chapters.

According to Atty. Eric Paul D. Peralta, director of GC, UPLB is the only UP constituent university with a MOVE chapter as of this time.

The 18-Day Campaign is observed internationally and concludes on Dec. 10, which is the International Human Rights Day. (Miguel Victor T. Durian)