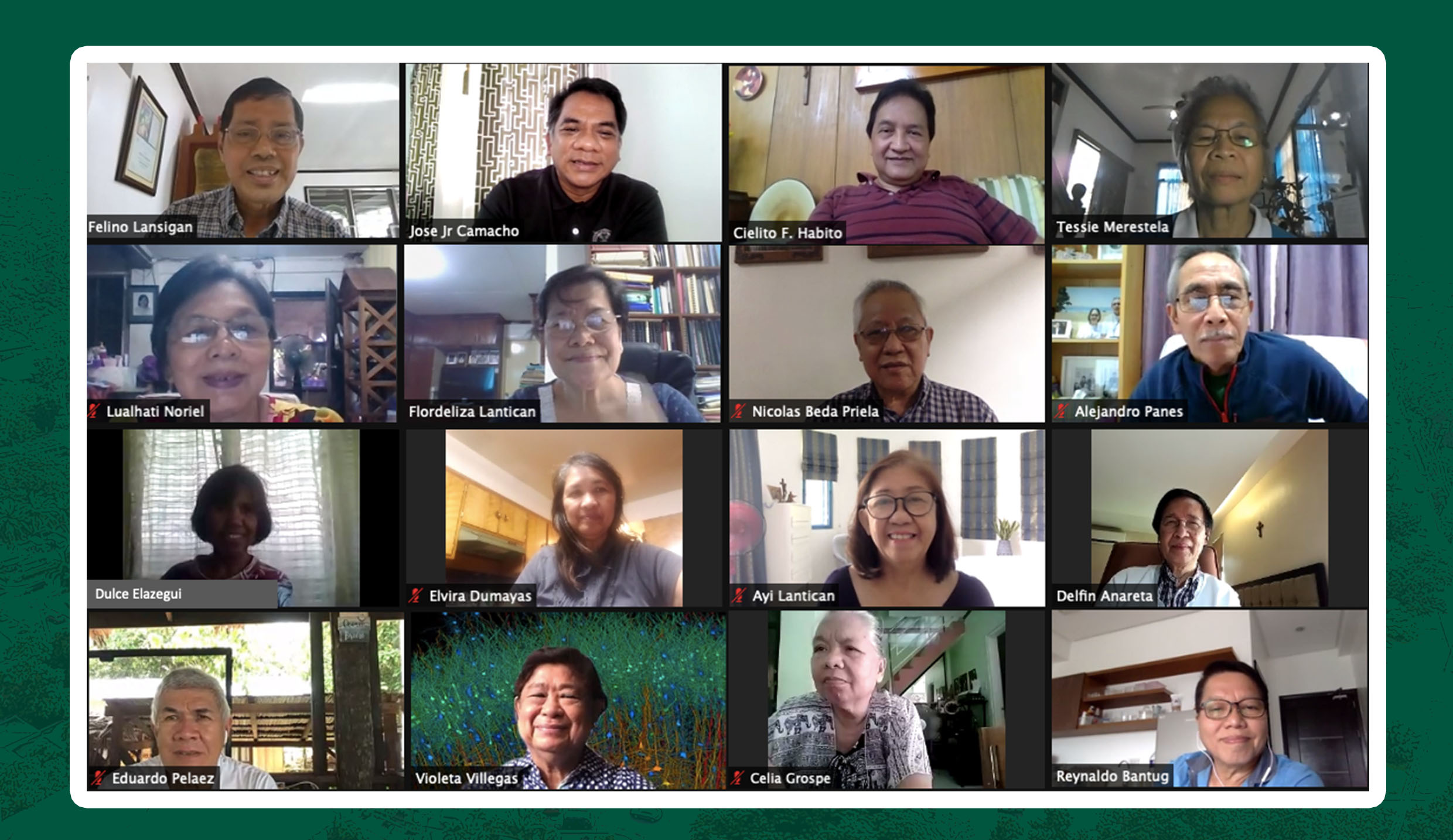 Almost a year after expressing his plans for the university before the UPLB alumni, then fresh from his election as UPLB’s chief executive, Chancellor Jose V. Camacho, Jr. returned to the virtual alumni stage to share to this stakeholder what his administration has so far accomplished for the past 10 months.

During the meeting of UPLB Class 1975 on Aug. 14 held via video conferencing, Chancellor Camacho reintroduced to the said alumni group the concept of future-proofing UPLB, the framework where the recent accomplishments and immediate plans of his management team are anchored on.

Chancellor Camacho contextualized future-proofing in UPLB’s tripartite functions, and articulated his goal for the university to become a leader in knowledge creation, research utilization, and public service initiatives.

He identified the areas of human resources, lifelong learning and instruction system, research and innovation system, commitment to public good and social welfare, and global engagement, including collaboration with the alumni, as the focus areas where future-proofing activities are directed to.

Among the string of accomplishments that he relayed to Class ‘75 is the COVID-19 vaccination of more than 2,000 UPLB personnel in partnership with the local government unit (LGU) of Los Banos at the UPLB Vaccination Hub. The latter, which is located at the Copeland Gymnasium, was offered by UPLB for use of the LGU in its municipal-wide vaccination drive.

Chancellor Camacho also presented new academic programs and recent institutional development milestones that were approved by the UP Board of Regents since the start of his term, such as the approval of innovative and industry-anchored graduate programs Master in Animal Nutrition and Master in Food Engineering, and the creation of the UPLB Program for Zoonotic Diseases and the National Service Training Program (NSTP) Office.

He also reported to the alumni group that more than 900 students have received learning assistance packages in the form of gadgets and WiFi connectivity, which came from UP KAAGAPAY and UP Student Learning Assistance. Chancellor Camacho’s administration has also launched its own drive to boost this learning assistance program amid the implementation of flexible, remote learning, through the UPLB Connectivity Assistance for Remote Students (CARES).

UPLB Class ’70 learned about UPLB’s proactive research and institutional collaboration, particularly with the Department of Agriculture (DA), in response to the agriculture sector’s most pressing problems, such as the African Swine Flu and the fall armyworm. UPLB experts also took part in helping DA refine its food security roadmaps for various commodities. He also introduced the new research agenda of the university called the UPLB AGORA.

Chancellor Camacho also put forward the innovations towards administrative and operations efficiency in the campus, such as the intensified online banking and electronic payment, document tracking system, the Digital Transformation project, and the restructuring of the Bids and Awards Committee.

He enumerated some of the ways to advocate for a caring university, such as installing the UPLB community pantry – one that was soon translated to a scholarly webinar series and soon, in a special issue of the UPLB Journal; the collection, transportation, and treatment of chemical and hazardous wastes from various laboratories; and the opening of Bahay Bayani as a facility for UPLB’s medical frontliners.

Chancellor Camacho updated the alumni group about the recently completed, on-going, and upcoming infrastructure projects that aim to future proof the campus. Among these are the plans to reconstruct the Unit 1 of the Men’s Dorm and the construction of a faculty lounge at the heart of the campus.

He also introduced to Class ’75 the two special economic zones that will rise in the campus, which feasibility studies have been accomplished already – the Agro-Industrial Park and the Information Technology Park – which were conceptualized more than 10 years ago.

Chancellor Camacho put forward to university’s expanding global engagement, as earlier manifested in the frequent visits of different Ambassadors to the university; and the closer alumni engagement, who he considers as a vital stakeholder of UPLB.

After his presentation, Chancellor Camacho took part in an open forum with the alumni. They suggested inviting retired alumni who are willing, ready, and qualified to serve as mentors to students. This, as a way to share to the new generation their wisdom and knowledge in their fields of expertise. They also inquired about the projects where they would come in to offer their help.

The alumni group also discussed with Chancellor Camacho the ways to speed up commercialization of UPLB-developed technologies; the mechanisms to encourage the academic staff to become even more productive in research and public service; and relevant academic curricula that UPLB should consider offering.

Facilitating the meeting was Dr. Felino Lansigan, professor emeritus at UPLB and a member of Class ’75. One of the attendees at the virtual event was Dr. Cielito Habito, former socio-economic planning secretary of the country and a member of the same class.

Dr. Habito himself served as a speaker in Class ’75’s earlier meeting and open forum about the Philippine economy held in June. (Mark Jayson E. Gloria)